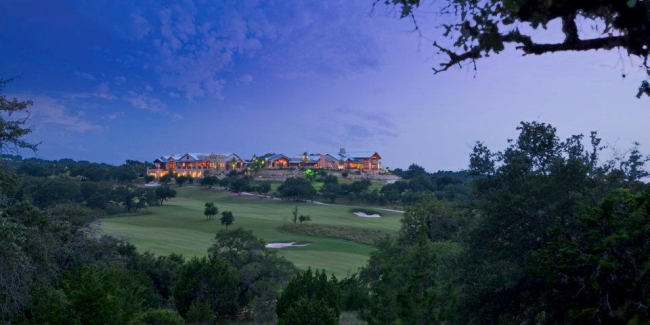 Vice President Charlie Hill and staff members accepted the award for the property at the organization's annual gala in Orlando last evening. The NGCOA's highest prize recognizes one member course that demonstrates excellence in quality, ownership and management, contributing to both its community and the game.

"We're humbled to receive this honor among three other deserving national finalists and we'll represent it with great respect," says Hill. "Our 620-plus club members who are the ambassadors of Cordillera Ranch were proud to be named a finalist and are certainly going to share in the excitement of this prestigious accolade."

Making the moment more memorable for Cordillera Ranch, the recognition was presented on the same night that its acclaimed architect, Jack Nicklaus, was given the NGCOA's Award of Merit. The tribute celebrated Nicklaus' part in golf's global expansion through his philanthropic endeavors and renowned design business.

"Congratulations to the Hills and Cordillera Ranch," Nicklaus noted in his acceptance speech. "It was a nice project and was a lot of fun to work on - and that, to me, is what it's all been about. It's been fun."

Opened in 2007, the course has consistently been ranked among the best in Texas, most recently placing fifth on the Dallas Morning News' annual poll. Its par-3 16th has claimed the No. 1 spot as "Most Beautiful Hole" by the same publication for the past five years.

The layout meanders through the rugged Hill County landscape, skirting native grasses, limestone ravines and bucolic prairieland. Zeon Zoysia covers its tee boxes and fairways, the same advanced grass strain to be employed on the 2016 Olympic field in Brazil, noted for its drought resistance and stellar teed-up lies.

Hill recalled the early days in the links' conception in his brief ceremonial speech.

"When my dad was invited to Mr. Nicklaus' home prior to starting the course's development, the resonating image that assured him we were partnered with the right person was the centerpiece of his personal trophy case: a father-son golf trophy," says Hill. "It instantly illustrated that his priority of family was in line with ours, and made for a great experience in the design and development of Cordillera Ranch."

The course is one of seven member amenities of the Clubs of Cordillera Ranch, which also features an expansive 45,000 square-foot clubhouse, equestrian center, social and spa and athletic/fitness facilities, as well as Tennis/Swim, Rod and Gun, and River Clubs.